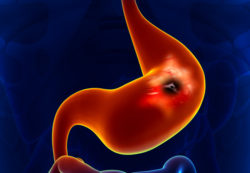 A breath test can successfully detect oesophageal and gastric cancer and could be used as a first-line test for patients, say researchers.

In a multi-centre clinical trial of 335 patients, the breath test can identify cancer from benign diseases with 85 per cent accuracy. Unlike other methods, the test is non-invasive.  The study was led by researchers at Imperial College London.

Scientists hope that this test, published in JAMA Oncology today, can be used to help clinicians decide whether patients need further investigations. They believe that in future clinicians would order a breath test in the same way as routine blood tests.

“We have been able to validate our cancer breath test for oesophageal and gastric cancer on a larger group of patients from multiple centres for the first time.  Gastric and oesophageal cancers are mostly diagnosed a late stage when curative treatment might not be possible. There is a real need for early detection of cancer when symptoms are non-specific and shared by benign diseases. Our breath test could be used as a first-line test before invasive investigations.  Early detection of cancer gives patients more treatment options and save more lives.”

There are more than 15,000 new cases of gastric and oesophageal cancers in the UK and those cancers account for 15 per cent of cancer-related deaths globally. Both cancers are usually diagnosed in the advanced stages as symptoms only become noticeable once the disease develops.As a result, the long-term survival rate is about 15 per cent in the UK. Detection of oesophageal and gastric cancers at an early stage can improve survival rates.

Doctors diagnose oesophageal and gastric cancers by carrying out an endoscopy. This is a procedure where the inside of the body is examined using a probe with a light source and video camera at the end via the mouth and down the gullet. However, the procedure is invasive and only two per cent of patients who are referred for an endoscopy by GPs are diagnosed with oesophageal or gastric cancer. In addition, it would not be possible to refer large numbers of patients who present with non-specific symptoms such as indigestion and reflux for an endoscopy due to the financial cost. At present the procedure costs the NHS around £400-£600 per endoscopy. 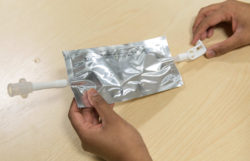 The test looks for chemical compounds in exhaled breath that are unique to patients with oesophageal and gastric cancer. The cancers produce a distinctive smell of volatile organic compounds (VOC), chemicals that contain carbon and are found in all living things, which can help doctors detect early signs of the disease. Researchers were able to identify and quantify the number of VOCs in breath samples by using mass spectrometer, an analytical instrument used to identify what chemicals are present in a sample.

Researchers took breath samples of 335 patients from The Royal Marsden NHS Foundation Trust and UCLH (University College London Hospitals NHS Foundation Trust) between 2015-2016. Of these, 163 had been diagnosed with oesophageal or gastric cancer and 172 patients had other benign diseases or normal stomach. To take the test, patients breathed into a device and the volatile compounds in their exhaled breath were analysed at the Division of Surgery’s breath analysis laboratory at St Mary’s Hospital, part of Imperial College Healthcare NHS Trust.

The team are undertaking further investigations to improve the test and will conduct a larger clinical trial to validate the results in GP surgeries where the test is intended to be used and to see if the test can diagnose other cancers in the body such as the pancreas.

The research was funded by the NIHR Imperial College Biomedical Research Centre (BRC), NIHR-doctorate fellowship and Rosetress and Stoneygate Trusts.

June 17, 2021 AI breast cancer screening project wins government funding for NHS trial
April 28, 2021 ICR announces appointment of new Chief Executive Professor Kristian Helin, a world-leading cancer researcher with exceptional leadership experience in three different countries, will become Chief Executive of The Institute of Cancer Research, London, in September. Professor Helin is a pioneer in understanding how changes to the way the DNA code is read and translated into protein can lead to cancer. He was […]
April 23, 2021 New national study of long-term impacts of lung damage from COVID-19