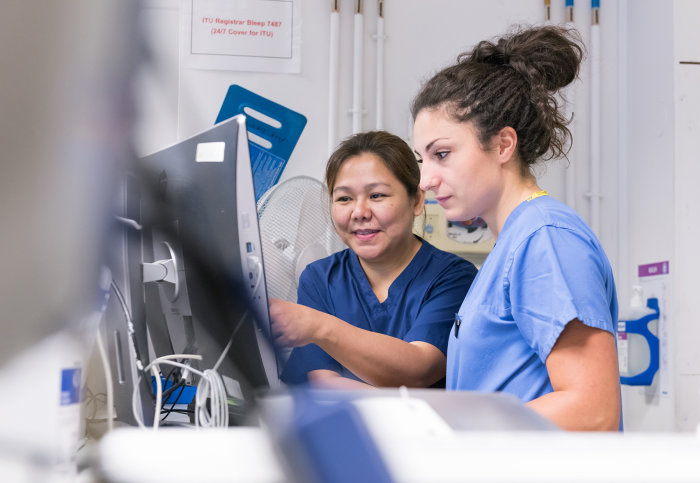 The introduction of a digital alert system to monitor patients with sepsis has led to a reduction in deaths and hospital stays.

Sepsis, also known as blood poisoning, is life threatening and accounts for an estimated 46,000 deaths in the UK each year.  If diagnosed early it can be treated effectively with antibiotics but the difficulty lies in spotting sepsis before it develops, as symptoms are similar to other illnesses such as flu.

The introduction of a digital alert system to monitor patients with sepsis has led to a reduction in deaths and hospital stays.

Sepsis, also known as blood poisoning, is life threatening and accounts for an estimated 46,000 deaths in the UK each year.  If diagnosed early it can be treated effectively with antibiotics but the difficulty lies in spotting sepsis before it develops, as symptoms are similar to other illnesses such as flu.

The introduction of the digital sepsis alert system at Imperial College Healthcare NHS Trust in 2016 was associated with lower odds of death, shorter hospital stays and increased odds of receiving timely antibiotics.
The system monitors a range of changes in patients such as temperature, heart rate and glucose levels and alerts doctors and nurses if they fall outside safe parameters so they can investigate further.

Clinicians are notified of patients who have triggered the alert either through a pop-up warning on their electronic health records and/or on a dashboard, which highlights any patient with an active alert when they open a patient’s record.

In addition to the alert, Imperial College Healthcare NHS Trust designed a multidisciplinary care plan which is launched in the electronic patient record system when a clinician confirms a diagnosis of sepsis.

This prompts the clinical team to determine the best options from a range of treatments, such as fluids, oxygen, diagnostic tests and early antibiotics, and ensure they are given to patients within one hour – in line with national targets.

The study, led by researchers at Imperial College London and published in the Journal of the American Medical Informatics Association, is the first evaluation of a digital sepsis alert system in a British hospital trust and the largest undertaken anywhere to date.

Dr Kate Honeyford, from the Global Digital Health Unit at Imperial College London and lead author of the research, said: “Sepsis can be deadly if it’s not diagnosed and treated quickly. However, symptoms can be hard to spot and are similar to other conditions such as flu or a chest infection, which can result in delayed diagnosis and treatments.

“The sepsis alert system was put in place at Imperial College Healthcare NHS Trust to see if it can help monitor and flag patients who may have sepsis to clinicians for further investigations and treatments. Often digital systems are implemented but research on their performance is not done. Our study shows for the first time that robust analysis of a digital alert system was associated with improvements in outcomes for patients and the system presents an opportunity to improve care for patients who may have sepsis.”

Dr Ceire Costelloe, Director of Imperial’s Global Digital Health Unit and co-author of the study, said: “There is a drive towards creating innovative digital technology that will meet the needs of patients and clinicians in the NHS. Our study shows that the sepsis alert system could be an example of this. The results are encouraging and we will be carrying out further work to see if the alert system has the same impact on a wider group of patients.”

Dr Anne Kinderlerer, Consultant Rheumatologist at Imperial College Healthcare NHS Trust and co-author of the study, added: “At Imperial College Healthcare NHS Trust we are focused on improving our ability to recognise and treat sepsis more quickly and effectively. The findings from this study show that the alert has made a significant impact on identifying more cases of sepsis and reducing the number of patients who die in hospital as a result.

“More patients are surviving sepsis at our hospitals and it is testament to the alert and treatment plans we have working hand in hand to help us ensure that patients are treated with antibiotics and other interventions in order to save more lives.

“Our plan is now to roll this alert system out across the Trust in different health specialities so that we can further reduce the toll and impact that sepsis has on our patients.”

The digital sepsis alert system was developed by Cerner and it was introduced at Imperial College Healthcare NHS Trust’s hospitals in 2016 within emergency departments and inpatient wards.

The team analysed data of more than 21,000 hospital stays of patients who had triggered the alert system between October 2016 and May 2018. These patients were in emergency departments as well as acute and haematology wards at St Mary’s Hospital, Charing Cross Hospital and Hammersmith Hospital, part of Imperial College Healthcare NHS Trust.

The team suggests the alert system has been able to alert clinicians to deteriorating conditions in patients and, as a result, investigations and treatment plans have been implemented more quickly.

The team will now carry out a larger study involving more NHS hospitals to see whether the results are the same in a bigger patient group.

The study was funded by NIHR Imperial Biomedical Research Centre.

December 13, 2018 Royal Brompton consultant appointed medical director of leading national charity
November 17, 2016 Severe dizziness treated with steroid injections into the eardrum
November 12, 2018 Annual amnesty to tackle antibiotic resistance Staff and students at Imperial are being encouraged to hand over their unused antibiotics as part of an annual amnesty. Researchers from the College’s Health Protection Research Unit in Healthcare (HPRU) Associated Infections and Antimicrobial Resistance will be running drop off sessions at South Kensington and Hammersmith campus as part of World Antibiotic Awareness Week. Staff […]