An amnesty for staff and students to hand over their unused antibiotics will be held at Imperial College London. 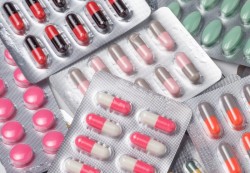 The week-long event will take place from Monday 16 November on Imperial’s South Kensington and Hammersmith Campus during World Antibiotic Awareness Week, a campaign by the World Health Organisation (WHO) to raise awareness of antibiotic resistance.

Antibiotic resistance occurs when a strain of bacteria no longer responds to treatment with one or more types of antibiotics. For example, multi-drug resistant tuberculosis (TB) is resistant to two of the main antibiotics, soniazid (INH) and rifampin (RIF), commonly used to treat TB.  Around 700,000 people die from antibiotic resistant bacteria every year and this figure is predicted to rise to 10 million by 2050.

“Antibiotic resistance is a real and growing public health concern in the UK and around the world.   Our amnesty at the College is another example of our pledge to solve this major health issue.

“Drug-resistant bacteria represent one of the great medical challenges of our time. If we do not tackle antibiotic resistance, the social and economic cost will be enormous. Imperial researchers are working hard and collaborating across all disciplines to defeat this growing threat. I welcome the launch of the College’s antibiotics amnesty which is an important step to help address this global health challenge.”

Staff and students will be able to surrender their unused or out of date antibiotics for safe disposal to representatives from Imperial’s HPRU in Healthcare Associated Infections and Antimicrobial Resistance at the Sherfield Building and Commonwealth Building between 12:30-13:30.

Members of the public can also hand in their antibiotics at their local pharmacy.