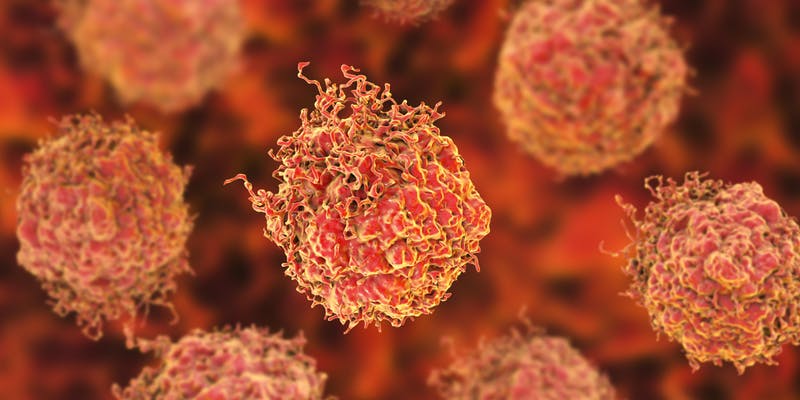 Prostate Cancer UK has awarded Imperial researchers over £1.3 million for three projects that could lead to new treatments for the disease.

The Research Innovation Awards is a prestigious scheme aimed at funding the most impactful research in prostate cancer.  The number of prostate cancer cases is increasing in the UK – the condition kills over 11,000 men every year – and research is desperately needed to find new ways of tackling the disease.

The Imperial projects funded by the award include developing new targeted therapies to reduce side effects in patients, identifying new drug targets to stop prostate cancers becoming resistant to treatments, and new drugs to treat advanced prostate cancer.  One of the projects will involve collaboration with clinicians at Imperial College Healthcare NHS Trust.

Prostate cancer is the most common cancer in men in the UK with around 35,000 new cases diagnosed each year. It develops when cells in the prostate grow in an uncontrolled way. Prostate cancer develops slowly and symptoms such as the blood in the urine do not appear until the disease has developed. It usually affects men over 50 and often men with a family history of the disease.  Deaths from prostate cancer have now overtaken those from breast cancer.

“I would like to congratulate our researchers on being recognised for their work to find new and more effective ways of treating prostate cancer.  The number of prostate cancer cases are increasing in the UK and there is a vital need to fund research projects that could stop the disease and lead to more men surviving prostate cancer.  These projects are a great example of this and have the potential to have a big impact for men and saving lives.”

Maxine Myers caught up with the researchers to learn more about the projects. 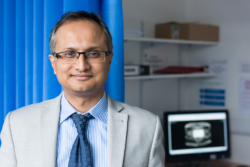 Professor Hashim Ahmed, Chair of Urology at Imperial College London, and Taimur Shah, Urologist at imperial College Healthcare Trust, were awarded more than £485,000 to trial focal therapy in a small group of men.

Focal therapy is a term used to described non-invasive techniques, which specifically target tumours and leave the rest of the prostate intact. These include using sound wave therapy to heat and destroy cancer cells in the prostate.

Currently, men with prostate cancer will usually be offered surgery or radiotherapy that treats the whole prostate, rather than just the areas that have cancer.  Although this treatment can be effective it can result in side effects such as incontinence and erectile dysfunction.

The researchers want to see if focal therapy can be used as alternative treatment for prostate cancer by comparing it with radiotherapy.  Previous studies have shown that the treatment is effective and result in fewer side effects.

Sixty men with prostate cancer will be recruited for the trial and they will be randomly split into two groups.  One group will receive focal therapy and the other radiotherapy.  The researchers will then compare the groups to see if there any difference in the progression of the disease or side effects.

Professor Hashim Ahmed, said: “Current treatments for men with prostate cancer are effective but many of these men will experience life changing side effects.  This can result in men feeling isolated or depressed.  There is a need not just to treat our patients but also to ensure their quality of life is not compromised.  We hope that our clinical trial will show that focal therapies can be an alternative treatment for men and be offered on the NHS so that we’re not just saving lives but minimising damage to patients.” 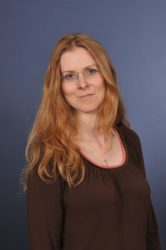 Professor Charlotte Bevan, Professor of Cancer Biology at the College

Advanced prostate cancer is cancer that has spread from the prostate to other parts of the body.   Men with this disease are usually treated with hormone therapy, which blocks the hormones like testosterone that drive the cancer’s growth.  However, in some men this treatment stops working as their cancer has evolved to resist the treatment.

Professor Bevan and Dr Fletcher want to understand why this occurs so they may be able to design new drugs that can stop the disease becoming resistant to hormone therapy.

The researchers will examine the role of a recently discovered type of genetic material called microRNAs in prostate cancer.  The types of microRNAs in men change as prostate cancer progresses, suggesting microRNAs might contribute to tumours becoming hormone therapy resistant.

The team will compare the different types of microRNAs that are present in men at different stages of prostate cancer and different levels of drug resistance.  This will help them have a clearer picture of which microRNAs are most important for cancers becoming resistant so that new drugs can be designed to target them,

The team will test these new drugs on prostate cancer tumours grown in the lab and in mice to see if they can alter cancer progression or the development of hormone therapy resistance.  If successful the team will trial the drugs in patients.

Professor Bevan said:  “Around one third of men with advanced prostate cancer will survive for five years following diagnosis.  The current treatment helps to keep the disease under control but in some men their cancer is becoming resistant to hormone therapies.  This reduces treatment options and can lead to early deaths.  We hope our work to find out the role that microRNAs are playing in hormone therapy resistance could lead to the development of new drugs designed to stop prostate cancer becoming resistant and extend the lives of men with advanced prostate cancer.” 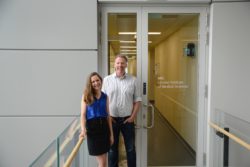 Professor David Carling, Professor of Biochemistry at the College, was awarded over £235,000 to further develop work on two new drug targets, which could be used together to stop prostate cancer from progressing.

Professor Carling and his team have found two new targets involved in regulating prostate cancer growth. This discovery could be the foundation for new treatments for prostate cancer.

Professor Carling said:  “I am pleased to receive this funding to further build on our work.  We hope that our findings will lead to the development of new drugs that will stop prostate cancer progression in patients.”