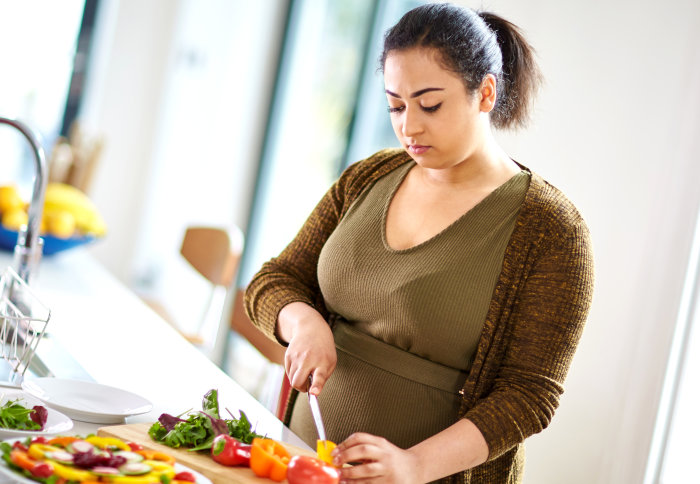 There is an urgent need for new dietary approaches and treatments to tackle the global health crisis of obesity in children and adults say experts.

There is an urgent need for new dietary approaches and treatments to tackle the global health crisis of obesity in children and adults say Imperial experts.

The worldwide prevalence of obesity has nearly tripled between 1975 and 2016 and experts say that more needs to be done to make healthy, nutritious food more available at home and school, especially in poor families and communities. Regulations and taxes to protect children from unhealthy foods are also needed

Obese children are at risk of serious health problems such as type 2 diabetes, stroke and certain types of cancers including breast cancer . It is estimated that the global cost of treating health related problems caused by obesity will exceed £920 billion every year from 2025.

The study, led by Professor Ezzati and the World Health Organisation (WHO), analysed weight and height measurements from nearly 130 million people, the largest number of participants ever involved in an epidemiological study. The study also looked at body mass index (BMI) and how obesity has changed worldwide from 1975 to 2016.

During this period, obesity rates in the world’s children and adolescents increased from less than one per cent (equivalent to five million girls and six million boys) in 1975 to nearly six percent in girls (50 million) and nearly 8% in boys (74 million) in 2016. Combined, the number of obese five to 19 year olds rose more than tenfold globally, from 11 million in 1975 to 124 million in 2016.

Professor Ezzati also explained that in low and middle-income countries such as Brazil, childhood and adolescent obesity has accelerated since 1975. In the UK, one in every 10 young people aged five to 19, is obese.

Professor Ezzati suggested that there is an urgent need for an integrated approach from governments around the world and industry to ensure all people are given access to a wide range of healthy foods, especially in low-income countries and poorer communities.

He also suggested that exclusion zones that prevent fast-food outlets from setting up their business near schools should be rolled out across the UK.

In the video above, Professor Tan outlined her research on developing a new treatment to aid weight loss in obese patients.

Professor Tan has developed a hormone injection that mimics the effects of bariatric surgery and helps people lose weight.

The injection is made up of three hormones called peptide hormones found naturally in the gut that play a role in appetite control.  The injection works by releasing the hormones to send chemical signals to the brain to control digestion and hunger cravings.

In a clinical trial at Hammersmith Hospital, volunteers on average ate 32 per cent less and lost around four per cent of weight.   In some cases the injection was so successful that patients were able to come off their diabetes medication, a condition linked to obesity.

Professor Tan and her team are aiming to create a therapy within five years that can be as effective as bariatric surgery but administered as monthly injections.

The next AHSC seminar on ‘detecting and treating gastro-intestinal cancer’ will take place on Thursday 29 November at Royal Marsden Hospital.

April 11, 2022 Imperial expert’s book uses scientific evidence to help people lose weight An Imperial researcher specialising in obesity has published a new book aiming to help people reach a healthy body weight. Dr Saira Hameed, from the Department of Metabolism, Digestion and Reproduction at Imperial College London, who is also a Consultant in Endocrinology and Diabetes at Imperial College Healthcare NHS Trust, created a landmark weight loss programme called the […]
Study points to worrying fitness levels in some young teens
March 10, 2022 Imperial awarded £11.3 million for early stage clinical research Imperial has been awarded £11.3 million by the National Institute of Health Research (NIHR) to support the delivery of clinical research. The funding is for the NIHR Clinical Research Facility (CRF), a partnership between Imperial College London and Imperial College Healthcare NHS Trust.  The facility offers a dedicated and purpose-built space in Hammersmith Hospital where […]