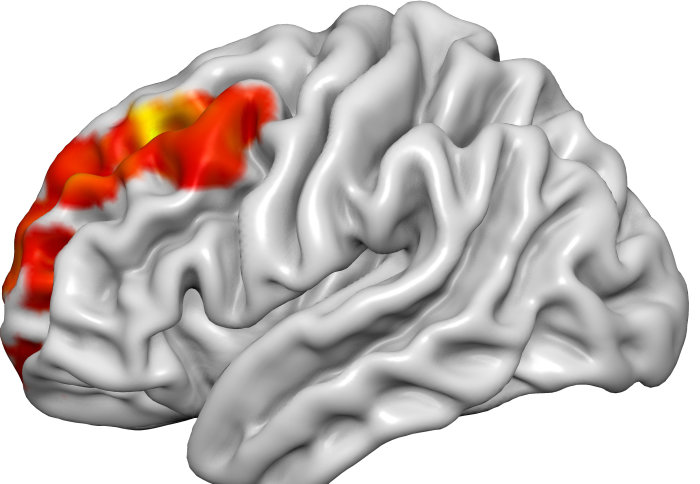 The hormone kisspeptin can enhance brain activity associated with attraction, according to a new study.

The researchers behind the early-stage work, published in JCI Insight, are exploring whether kisspeptin can ultimately be used to treat men with common psychosexual disorders – sexual problems which are psychological in origin such as low libido. The team are now hoping to perform trials in patients with low sexual desire.

The team have previously shown that kisspeptin can enhance how the body processes sexual arousal but have now discovered a boosting effect of kisspeptin in human attraction brain pathways. Attraction is a fundamental process that triggers onward sexual arousal, sexual activity and often reproduction.

In a trial involving 33 heterosexual men, using MRI brain scanning, the team found that kisspeptin triggered greater activation in attraction pathways in the brain when smelling female perfume and when viewing female faces,compared to the placebo.

“Psychosexual disorders have a major detrimental impact on wellbeing and can be highly distressing not only to those affected but also their partners.  Despite the high numbers of people with these disorders,there are currently limited treatment options.  Our study shows that kisspeptin can boost brain activity related to attraction and intriguingly this boosting effect is even greater in men with a low sexual quality of life.

“This builds on our previous work that identified a role for kisspeptin in sexual arousal.  Now we have found that kisspeptin may actually enhance the processing of smell and facial attraction, which are often the first steps to sexual arousal.  We hope our growing understanding of how kisspeptin boosts parts of the brain involved in attraction and arousal can ultimately lead to new ways of treating people affected.  However, we still have a long way to go.”

“Attraction is usually the first step to sexual arousal and it’s encouraging to see that kisspeptin can also boost brain activity relating to this.  This new finding helps us further understand the brain activity of people with psychosexual disorders which could lead to therapeutic targets.”

Psychosexual disorders affect up to one in three people worldwide, with significant detrimental effects on quality of life, interpersonal relationships and fertility. One of the most common is loss of libido (sex drive), which is often linked to relationship issues, stress or tiredness, but can be a sign of an underlying medical problem, such as reduced hormone levels. Crucially however, loss of libido can also occur without any of these problems. Despite the high clinical burden, limited understanding of the brain processes governing psychosexual function has restricted the development of effective treatments.

Kisspeptin is a naturally occurring hormone that stimulates the release of other reproductive hormones inside the body. The research team wanted to see whether this hormone can be used to stimulate regions in the brain that govern attraction in young healthy men with normal libido.

The study involved a randomised, double-blind and placebo-controlled trial in which 33 healthy men aged 18-34 years were given an infusion of kisspeptin or placebo from 2018-2019 at Hammersmith Hospital, part of Imperial College Healthcare NHS Trust.

They were then placed in an MRI scanner and given a perfume to sniff. Previous work has shown that this perfume (Chanel No. 5) is associated with sexual arousal.  The participants also viewed female faces. During these tasks researchers scanned their brains to see how kisspeptin affected the brain’s responses to the perfume and faces.
The team found that kisspeptin enhanced attraction pathways in the brain, when smelling the female perfume as well as when viewing female faces,compared to the placebo. They also found that on viewing female faces, kisspeptin had a greater effecton attraction pathways in men who had lower sexual quality of life.

The team believes that this new insight into kisspeptin could lead to new therapies to tackle psychosexual disorders, and plan to carry out further studies to explore this.

June 20, 2022 Single brain scan can diagnose Alzheimer’s disease A single MRI scan of the brain could be enough to diagnose Alzheimer’s disease, according to new research by Imperial College London. The research uses machine learning technology to look at structural features within the brain, including in regions not previously associated with Alzheimer’s. The advantage of the technique is its simplicity and the fact […]
April 12, 2022 Imperial medical technology spinout raises $11 million An imperial spinout company behind a digital therapy and rehabilitation platform has secured $11 million of investment funding. GripAble, formed by researchers at Imperial College London and clinicians at Imperial College Healthcare NHS Trust, is a digital assessment and training platform supporting individuals undergoing rehabilitation for both neurological and musculoskeletal conditions. With a focus on hand and […]
March 10, 2022 Imperial awarded £11.3 million for early stage clinical research Imperial has been awarded £11.3 million by the National Institute of Health Research (NIHR) to support the delivery of clinical research. The funding is for the NIHR Clinical Research Facility (CRF), a partnership between Imperial College London and Imperial College Healthcare NHS Trust.  The facility offers a dedicated and purpose-built space in Hammersmith Hospital where […]