Major studies to explore the use of mobile phones on health 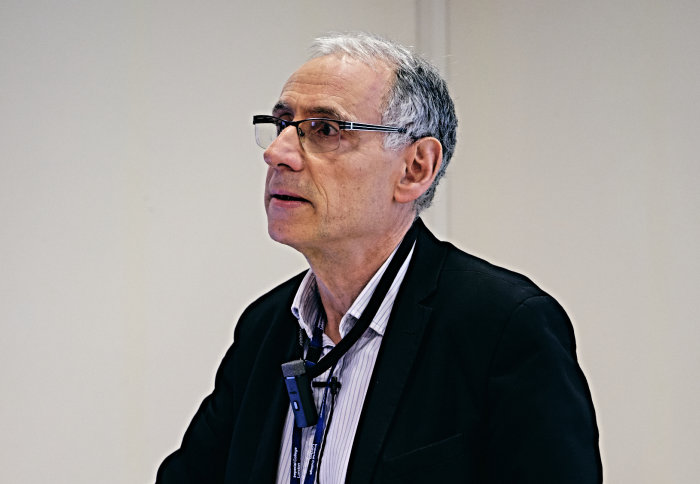 Imperial researchers are leading extensive studies into the health impacts of mobile phone use.

Professor Paul Elliott, Chair in Epidemiology and Public Health Medicine at Imperial College London, is leading two studies to investigate whether there is a link between the use of mobile phones and long-term health problems in adults and adolescents.  He was speaking at the Imperial College Academic Health Science Centre (AHSC) seminar earlier this month at St Mary’s Hospital, part of Imperial College Healthcare NHS Trust.

It is estimated that more than five billion people have mobile devices, and over half of these are smartphones. Many reviews have concluded that there is no convincing evidence to date that mobile phones are harmful to health in the short term. However, the widespread use of mobile phones is a relatively recent phenomenon and it is possible that adverse health effects could emerge after ten years or more of prolonged use.

Professor Elliott told the audience that people who use mobiles phones extensively for making or receiving calls recorded slightly more frequent weekly headaches than other users, but it seemed that this was more related to lifestyle issues than to radio frequency (RF) emissions from the phones.

These preliminary findings are part of the Cohort Study of Mobile Phone Use and Health (COSMOS), launched in 2010 and led by Professor Elliott and Professor Mireille Toledano.  The study is following the health of over 100,000 adult mobile phone users in the UK and a further 200,000 users in Sweden, Finland, Denmark, The Netherlands and France, for 20-30 years to address the knowledge gap in the possible long-term health effects of mobile phone use.

Professor Elliott also talked about the Study of Cognition, Adolescents and Mobile Phones (SCAMP). SCAMP is a study which is following several thousand secondary school pupils across London. The aim of this study is to investigate whether children’s use of mobile phones and/or other technologies that use radio waves – such as portable landline phones and wireless internet – might affect their cognitive or behavioural development such as memory and language understanding.

The team have found that teens who use a mobile phone or watch TV in the dark an hour before bed are at risk of not getting enough sleep.  The risk is comparatively lower for children who use these devices in a lit room compared with those who do not use them at all before bedtime. However, this may reflect behavioural factors rather than any biological effects on sleep from light in the room or from the screens.

Professor Elliott and Professor Mireille  Toledano will continue to follow up the adult and adolescent participants in the COSMOS and SCAMP studies to see if they develop any further health effects associated with mobile phone use.

Professor Elliott was joined in the seminar by Professor Gerry Thomas OBE, Chair in Molecular Pathology at Imperial College London, who talked about her work on challenging misconceptions related to radiological risk as well as the range of factors that can influence both dose and exposure to radiation.