MRC awards for research into paediatric infectious diseases and allergy 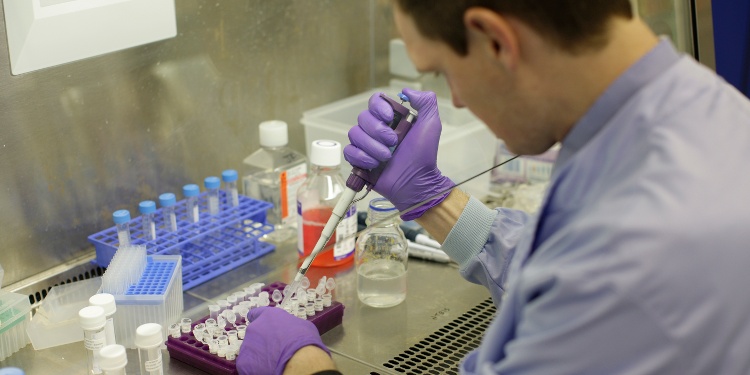 The MRC grants are personal awards to these clinical researchers, of the AHSC’s Women’s and Children’s Health programme (CTM for Women’s Health, Neonatology and Paediatrics), who are at key points in their careers to establish themselves as independent researchers.

Dr Aubrey Cunnington, Clinical Senior Lecturer in Paediatric Infectious Diseases at Imperial, was awarded the MRC Clinician Scientist Fellowship (CSF) amounting to £1.2 million to embark on a project to identify reciprocal interactions between the human body and parasites that cause severe malaria in children.  This project will be an allegiance between researchers from Imperial College London, London School of Hygiene and Tropical Medicine and MRC Laboratories, The Gambia. Dr Cunnington will collaborate with Professor Michael Levin, Director of the Wellcome Centre for Clinical Tropical Medicine at Imperial College London, along with a team of experts on statistical genomics and bioinformatics at Imperial.

Speaking about the scope of the project, he said: “The way the human body responds to the invading parasites may change the way the parasites behave and vice versa. We think that sometimes the ways the parasite or host respond to each other lead to a situation that can cause severe illness and death. Perhaps this can happen in several different ways, and that treatments to prevent death may need to be tailored to the particular situation. We aim to identify new treatment strategies to cure severe malaria, as well as gain a better understanding of the fundamental processes that determine the severity of infectious diseases.”

Dr Paul Turner, Clinical Senior Lecturer in Paediatric Allergy and Immunology at Imperial, was also awarded the MRC CSF, which amounted to £1.4 million to research into the mechanisms of food allergic reactions and factors which might predict severe and life threatening reactions.

Dr Turner said: “At the moment, we do not have a way of predicting who may have severe reactions which could be life-threatening, and so we have to give the same advice to everyone, something which is only partly successful as up to 20% of children have at least one accidental reaction per year. By learning more about what happens to the body during a food-allergic reaction and how the reaction varies from one person to another, we hope to learn more about the process and whether we can predict who is at risk of more severe reactions.”

Dr Sancho-Shimizu said “My research aims to understand the underlying genetics determining the most severe diseases associated with the human Herpes viruses, in particular encephalitis. My research will undoubtedly shed light on the pathogenesis of this disease, and potentially lead to the development of novel treatments. This award is providing me with a unique opportunity to develop this research whilst also giving me the scientific and financial independence I require to build a solid foundation for a lifelong research career”.

The MRC CSF supports outstanding medical and other clinical professionals who have gained a higher research degree to establish themselves as independent researchers.

The MRF award was possible thanks to generous legacies from Peggy Hart, in memory of her mother Ann Hart, who had suffered from shingles-associated pain in the last years of her life, and  Jean Martin who wished to support research on encephalitis.