Experts in the field of infectious diseases and epidemiology have been appointed senior investigators by the National Institute for Health Research.

Professor Alison Holmes, Department of Medicine, and Professor Helen Ward, School of Public Health, have been newly appointed senior investigators for their research work in infectious diseases and epidemiology, the study of the distribution of diseases in populations and their underlying causes. 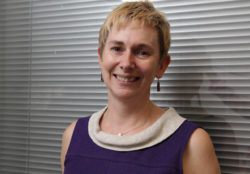 “I would like to congratulate the eight Imperial researchers who have been appointed senior investigators. Each of them have proven to be exceptional leaders in health and patient care research in their areas and I am pleased that they have been recognised by the NIHR for their substantial contribution. At Imperial we want to lead and drive the healthcare agenda in the UK and around the world and these appointments are a clear example of how we do this. I am sure each of them will excel in their role as senior investigators.” 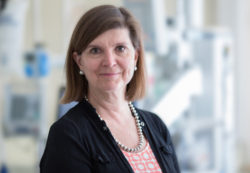 Senior investigators are among the most prominent and prestigious researchers funded by the NIHR and the most outstanding leaders of patient and people-based research within the NIHR faculty. They provide research leadership to the NIHR faculty, promoting clinical and applied research in health and social care, they also act as a key source of advice to the Department of Health’s Chief Scientific Adviser.

In addition, Imperial’s senior investigators have been awarded £15,000 per year to carry out research projects at Imperial College Healthcare NHS Trust hospitals.

It aims to transform healthcare by turning scientific discoveries into medical advances to benefit local, national and global populations in as fast a timeframe as possible.