Research into leading cause of stillbirth awarded £2.4 million funding 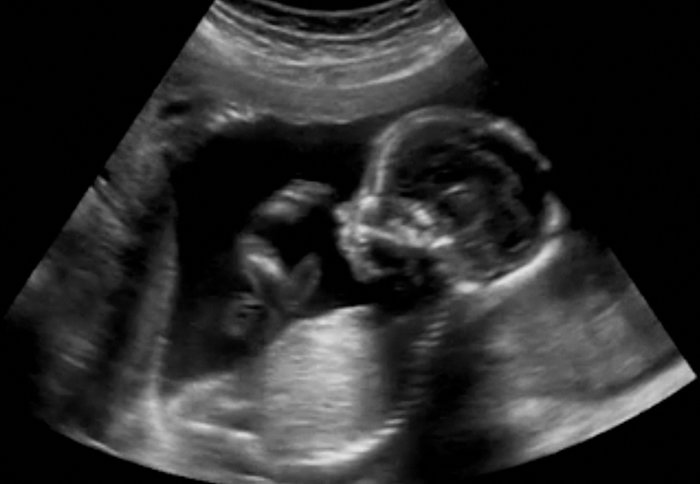 Researchers have been awarded over £2.4 million to investigate the best technique to manage poor growth in babies during the later stages of pregnancy

Fetal growth restriction (FGR) can lead to stillbirth, accounting for half of the cases of stillbirth in the UK. The new international study, funded by the National Institute for Health Research (NIHR), will investigate the best time to deliver babies who are diagnosed with FGR in late preterm pregnancy.  It will be led by Professor Christoph Lees, from the Department of Department of Metabolism, Digestion and Reproduction at Imperial College London, who is the Head of Fetal Medicine at Imperial College Healthcare NHS Trust.

FGR is caused mainly by problems with blood flow through the placenta, which supplies oxygen and blood to the baby, causing the fetus’ growth to slow or stop and leading to health complications. Fetuses with FGR often have to be delivered prematurely.

Currently there is no consensus for the optimal timing of delivering such babies in late preterm pregnancy (32-36 weeks) and babies are delivered at different times. Doctors make their decisions based on considering and balancing the risks of keeping the baby in the womb versus the risks of preterm delivery.

The Trial of Randomised Umbilical and Fetal Flow in Europe 2 (TRUFFLE 2) study aims to help clarify the decision process and move towards harmonisation of practice across Europe.

Professor Lees and his team will investigate whether it is possible to calculate which babies with FGR should be delivered early by monitoring an aspect of the fetus’s blood flow.    Cerebral redistribution is a condition where blood flow is prioritised to a baby’s brain at the expense of other organs, due to problems with the placenta.  When this occurs, the fetus adapts its circulation to preserve oxygen and supply nutrients to the brain.  However, this can lead to life threatening complications as other major organs are deprived of oxygen and nutrients.   Previous studies have shown that fetuses with signs of cerebral redistribution have a higher risk of developing neurodevelopmental disorders.

The team will recruit over 1500 pregnant women from 11 UK hospitals, including Imperial College Healthcare NHS Trust, and 42 hospitals across Europe.

The researchers will follow the women from 32 weeks onwards and their babies will be monitored for cerebral redistribution.

If babies show signs of cerebral redistribution, women will be randomly allocated for either immediate delivery or close monitoring, with delivery once there are other signs that might prompt concern. The team will also follow up with the babies over two years to see how they develop following delivery and their neurodevelopmental outcomes.

They will also compare this method with other FGR monitoring techniques such as the umbilical artery Doppler test, which checks blood flow through the placenta.

Professor Lees added: “Currently, there are many different methods and tests to monitor FGR in women and these inform the timing of deliveries but we don’t know what the right answer is.  This trial aims to clarify this. If it becomes clear during our study that cerebral redistribution is the best method of calculating which babies with FGR should be delivered early, then the trial will be stopped.”

The TRUFFLE 2 Study is the follow up to the TRUFFLE 1 study, which looked at managing FGR during earlier stages of pregnancy and informed national and international guidelines. TRUFFLE 1 showed that babies had better neurodevelopmental outcomes if they were delivered during 26-32 weeks of gestation using a technique that monitors blood flow in a small vessel below their heart – late ductus venosus changes.

The TRUFFLE 2 Study is an example of the work carried out by the Academic Health Science Centre (AHSC), a joint initiative between Imperial College London, the Institute of Cancer Research and three NHS hospital trusts. It aims to transform healthcare by turning scientific discoveries into medical advances to benefit local, national and global populations in as fast a timeframe as possible.