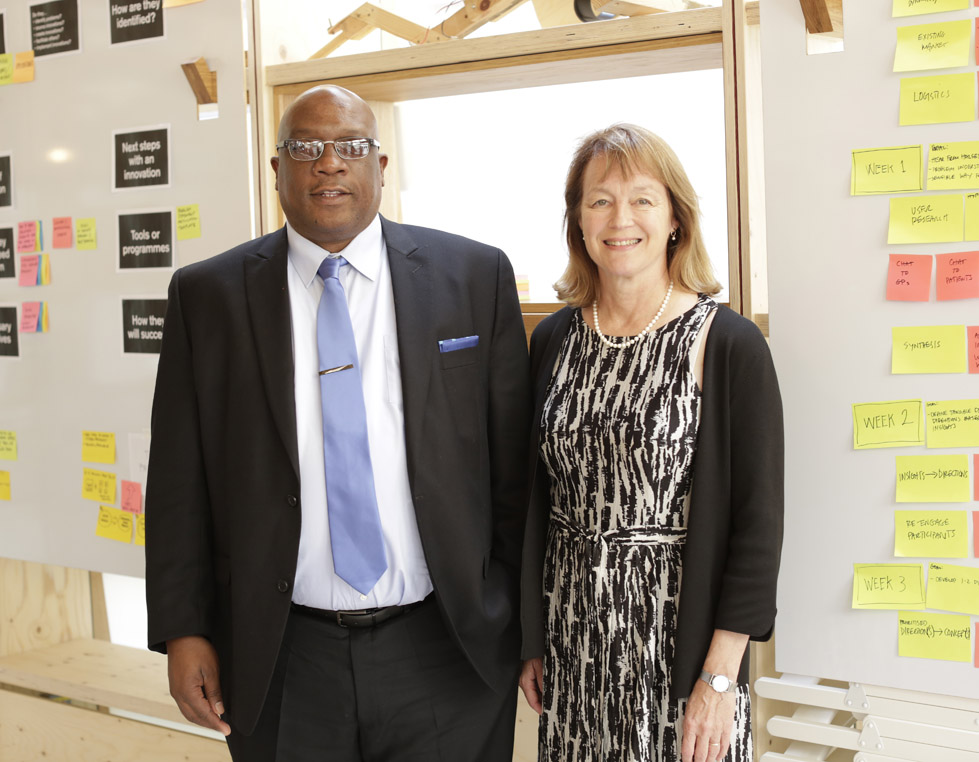 Prime Minister Harris has a strong interest in healthcare and came to Imperial to establish ties and learn more about the College’s work to tackle non-communicable diseases such as cancer, asthma and diabetes.  It is his first visit to the UK since taking office in February 2015.

Professor the Lord (Ara) Darzi hosted Prime Minister Harris and introduced him to some of Imperial’s healthcare facilities on the St Mary’s Campus through his role as Director of the Institute of Global Health Innovation at Imperial.

Professor Darzi said: “I am delighted that Prime Minister Harris has visited Imperial to learn more about the work we are doing to tackle some of the biggest health challenges in the UK and around the world.  Non-communicable diseases kill 38 million people every year.  The NHS and other global healthcare systems are under pressure to respond to this growing health threat.  Imperial is tackling this problem through its innovative research and facilities which can make a difference to the delivery of healthcare and benefit patients worldwide.” 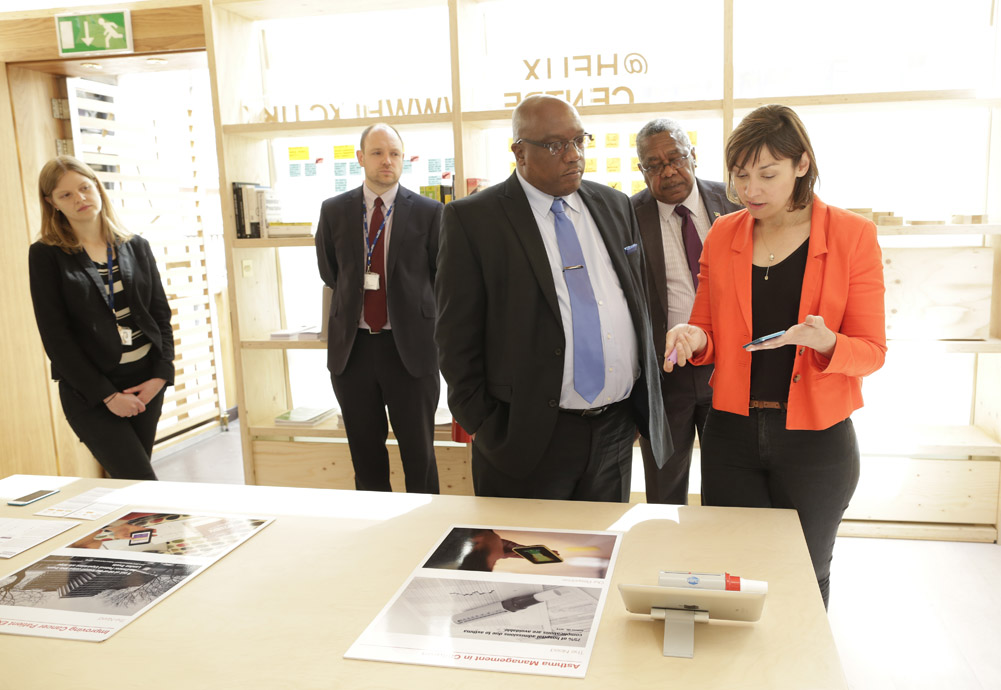 The HELIX is a unique pop-up studio in London harnessing the power of design to transform approaches to key diseases in the NHS and prevent everyday healthcare problems. It is a joint collaboration between the Royal College of Art and Imperial’s Institute of Global Health Innovation.

The HELIX pop-up studio is uniquely embedded within a public hospital. In its innovative working space, scientists, engineers, designers, policy makers and psychologists work together with doctors, nurses and patients to explore and co-develop new ideas into prototype products, processes and services.

In the studio the group were joined by Dr Paul Thomson, Rector of the RCA who discussed the collaboration with Imperial. During the tour Prime Minster Harris saw a smartphone app to encourage children with asthma to correctly monitor their condition and improve treatment compliance; a design intervention to improve patient cancer care; a design-led approach to improve uptake in bowel cancer screening; and a card game to promote physical activity. 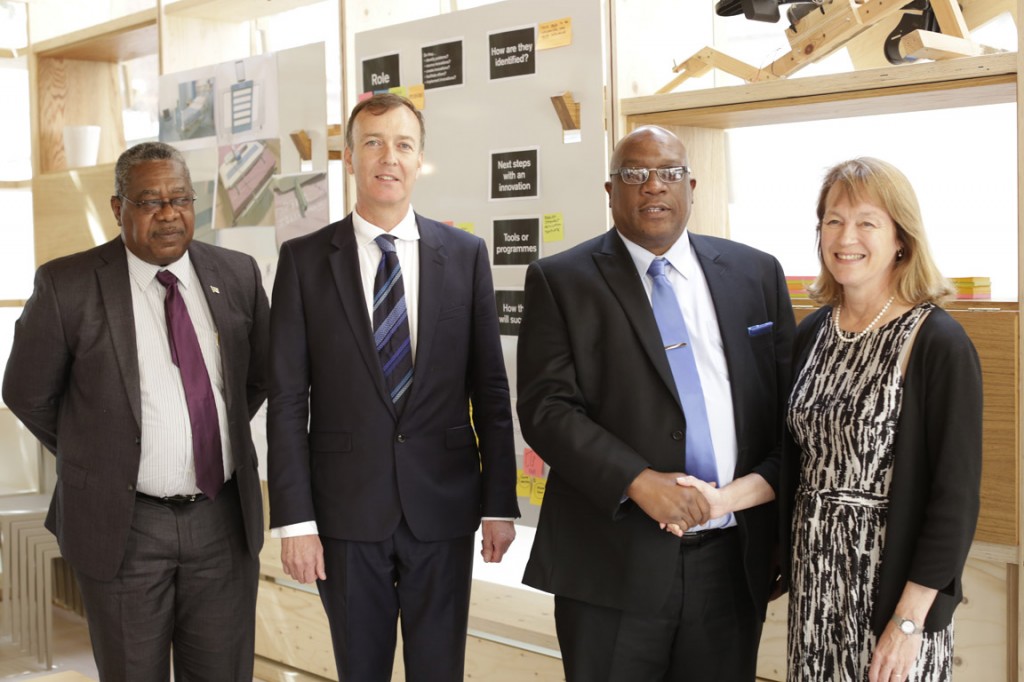 Prime Minister Harris also visited the Surgical Innovation Centre. The Centre is a world leader in solving healthcare problems, aiming to develop new techniques such as “scarless surgery” and training surgeons to spread their use in order to bring 21st century surgical care to NHS patients throughout the UK.  It is a unique surgical facility which embodies clinical excellence, translational research and education and training in one location.

The Centre contains two laparoscopic theatres for patients to benefit from the latest techniques in minimally invasive surgery such as robotics and image guidance surgery, and the first Da Vinci robotic programme in the UK, which aids surgeons in performing enhanced remote surgery. The Centre also specialises in scarless surgery for cancer and is the UK’s leading facility in bariatric surgery such as gastric bypass for morbid obesity.

Over the past year, nearly 2,000 patients have been treated in the Surgical Innovation Centre. As well as using innovative techniques to enable patients to be ready to go home sooner, the Centre also improves patient experience by providing consultation, diagnosis and treatment planning in the same place on the same day.

Prime Minister Harris ended his visit at a reception held at the Centre.  He was joined by The Honourable Vincent F.Byron, Attorney General of St Kitts and Nevis and His Excellence Dr Kevin M. Isaacs, The High Commissioner for St Kitts and Nevis