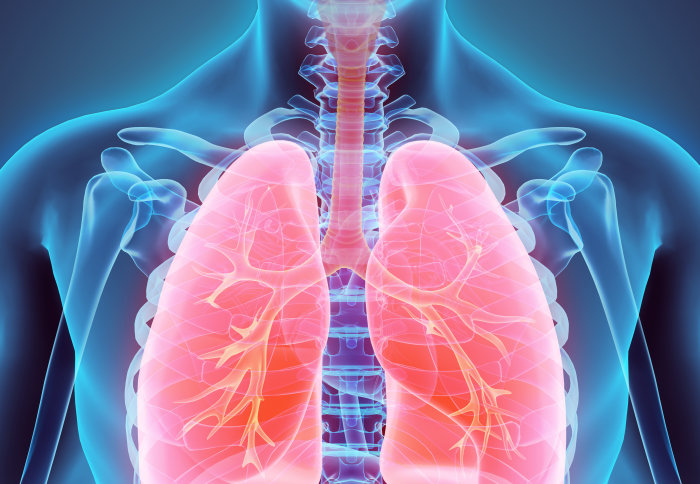 A combination of three drugs has been used to target the most common genetic mutation responsible for cystic fibrosis in patients for the first time.

In the trial, patients who received one new drug as well as two existing drugs had a significant improvement in lung function compared to patients taking the two existing tablets or placebo.

The team believes that the findings could represent a major breakthrough in cystic fibrosis treatment with the potential for improving health and possibly survival in all patients who carry either one or two copies of the most common cystic fibrosis gene mutation, called Phe508del.

The research, published in The New England Journal of Medicine, was sponsored by Vertex Pharmaceuticals and led by Imperial College London and the University of Alabama. The UK part of the trial was led by Royal Brompton & Harefield NHS Foundation Trust.

Lead investigator of the study, Professor Jane Davies, Professor of Paediatric Respirology and Experimental Medicine at Imperial College London and honorary consultant in paediatric respiratory medicine at Royal Brompton & Harefield NHS Foundation Trust, said “Cystic fibrosis is a life shortening disease, but with advancements in treatments life expectancy is increasing.  However, the average life expectancy for cystic fibrosis patients is tragically only 47 years. There is an urgent need to develop new treatments so that we can further improve life expectancy and survival rates for all cystic fibrosis patients. Our trial results are encouraging and could represent a major change in how we tackle this disease. Although as patients and families in the UK are very aware, we also need to work hard with pharmaceutical companies to ensure effective drugs are affordable and can achieve their potential.”

Cystic fibrosis is a life-threatening inherited disease that causes breathing difficulties, lung infections and digestion problems. Around 80-100,000 children and adults worldwide have the condition. It is caused by mutations in a gene called CFTR that regulates the flow of water and chloride, a salt that helps regulate the amount of fluid in and out of the cells that line the lungs, pancreas and other organs. Mutations in the CFTR gene result in a thick build-up of mucus in these organs and can result in permanent damage.

There are more than 2,000 different mutations of the cystic fibrosis gene and the last decade has witnessed the development of drugs which, for the first time, were designed to target specific defects caused by the mutations in the CFTR gene.

One type of drug is known as a potentiator and on their own these work by improving the protein function and helping chloride flow through the cell.  The potentiator drug, ivacaftor, is already available for a minority of cystic fibrosis patients with rare types of mutations.

By far the most common mutation is Phe508del which more than 50 per cent of cystic fibrosis patient have. The protein in the cells of these patients does not reach the surface so potentiators can’t help chloride flow through the cell. For patients with two copies of Phe508del a dual combination of a potentiator and another type of drug called a corrector is used. Correctors, such as tezacaftor, help a faulty protein to form the right shape so it can move to the correct position within a cell for chloride to flow in and out. The potentiator then maximises its function.

Professor Davies and the global team wanted to see whether a new type of corrector, known as VX-659, could have an impact on lung function in patients with the most common cystic fibrosis gene mutation, when given in combination with tezacaftor and ivacaftor. VX-659 works by targeting a different aspect of the faulty protein.

Cystic fibrosis patients with one or two copies of Phe 508del were recruited to these first trials in 2017-2018. They took different doses of VX-659 in combination with tezacaftor and ivacaftor over a four-week period. In patients with two copies of the Phe508del mutation, the triple drug was compared with the dual combination of tezacaftor and ivacaftor, which is the standard treatment in many countries. In patients with one copy of Phe508del, the control group received a placebo.

Researchers then compared the lung function, the levels of chloride in sweat (the diagnostic hallmark of cystic fibrosis) and feedback from patients after receiving the triple combination treatment with the control groups.

The team found that the three drugs used in combination led to an average increase of lung function of up to 13 per cent in patients. Patients also had large decreases in the levels of chloride in their sweat and improvements in quality of life scores.

A new trial is now assessing the effectiveness of the triple combination treatment over a longer period of time and on more patients with one or two copies of the Phe508del mutation. Researchers will also look at whether the treatment can result in other improved outcomes for patients, such as weight gain. Should these results be confirmed, this approach may be suitable for up to 90 per cent of cystic fibrosis patients.

March 10, 2022 Imperial awarded £11.3 million for early stage clinical research Imperial has been awarded £11.3 million by the National Institute of Health Research (NIHR) to support the delivery of clinical research. The funding is for the NIHR Clinical Research Facility (CRF), a partnership between Imperial College London and Imperial College Healthcare NHS Trust.  The facility offers a dedicated and purpose-built space in Hammersmith Hospital where […]
Air pollution in London contributes to over 1,700 hospital admissions for asthma
February 22, 2022 Podcast: Debating vaccines, LGBTQ+ history month, and humans of health research