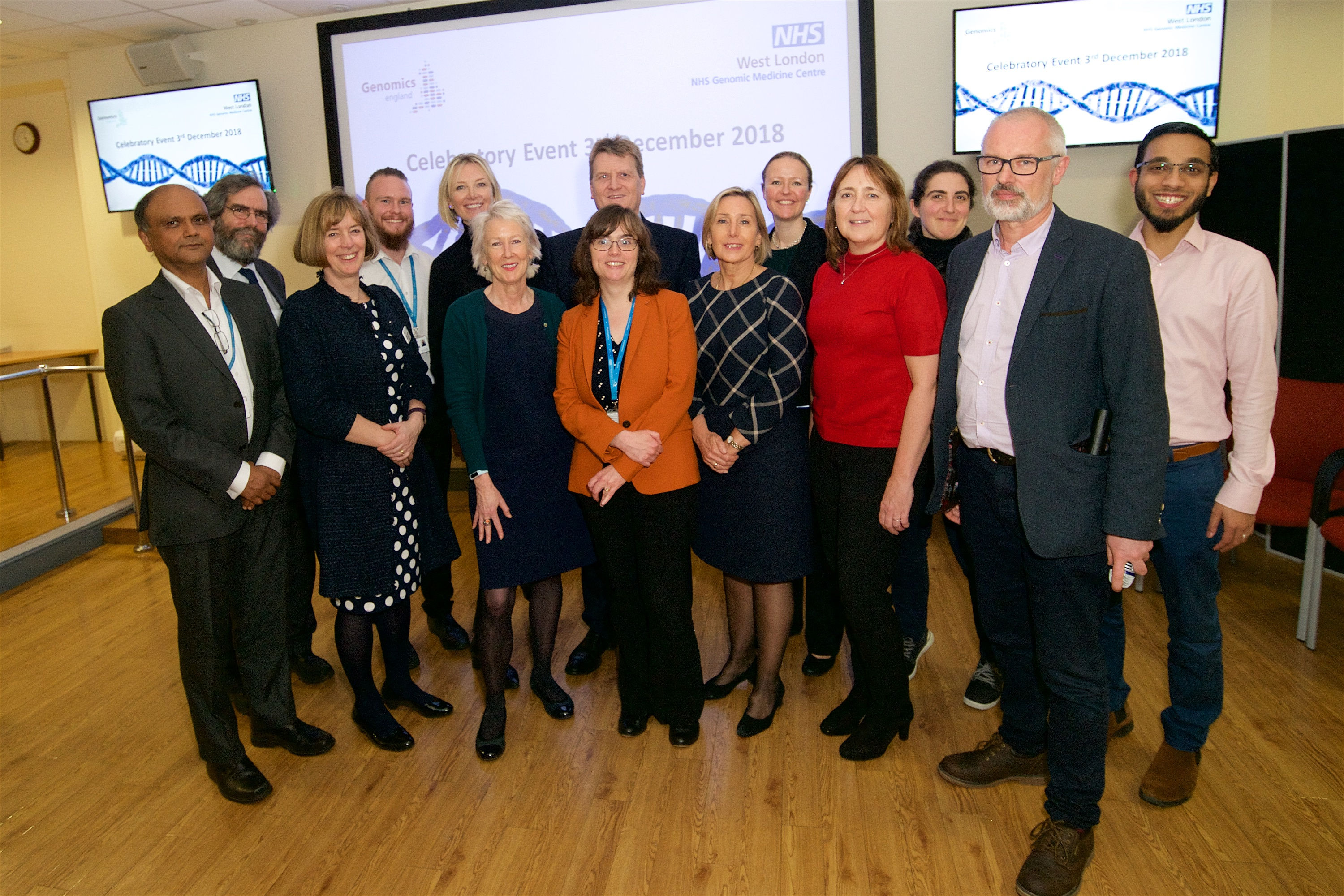 Experts in a partnership led by Imperial College Healthcare NHS Trust have enrolled more than 3,000 people for genome sequencing.

More than 50 clinicians, scientists, geneticists and patients from four NHS Trusts from across North West London, attended an event to mark the milestone earlier this month.

The event at Hammersmith Hospital, part of Imperial College Healthcare NHS Trust, was an opportunity for staff to celebrate reaching their target of recruiting more than 3,000 patients and their relatives to have their whole genome sequenced, as part of the 100,000 Genomes Project.

This is a national initiative led by Genomics England  that has now sequenced 100,000 genomes from around 85,000 participants, to enable new scientific discoveries and medical insights, and bring benefits to patients.

Sir John Chisholm, Chairman of Genomics England, opened the event and acknowledged the vital role Imperial has played in the project and how it has helped make the UK world leaders in genomic medicine.

“Imperial has never lacked ambition, especially as this project had very challenging targets to meet. All staff who worked on this project should take personal pride in meeting their objectives,” he said.

Imperial College Healthcare NHS Trust, in partnership with the Royal Brompton & Harefield NHS Foundation Trust, The Royal Marsden NHS Foundation Trust and Chelsea and Westminster Hospital NHS Foundation Trust, was designated one of the first 11 NHS Genomic Medicine Centres (GMCs) in 2014 by NHS England. It has been gathering samples and medical information from patients with cancer or inherited rare diseases over the last four years.

The aim of the 100,000 Genomes Project is to create a bank of anonymised data to better understand the role that alterations in gene sequences play in diseases and to develop targeted treatments. 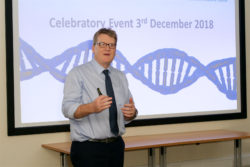 Professor Julian Redhead, Medical Director of Imperial College Healthcare NHS Trust, explained how the project has the potential to change the delivery of patient care

Professor Julian Redhead, Medical Director of Imperial College Healthcare NHS Trust and Senior Responsible Officer for the GMC, hosted the event and explained how the project has the potential to change the delivery of patient care.

“The 100,000 Genomes Project is truly groundbreaking and it demonstrates the UK’s ability to be at the forefront of genomic medicine. We have already used gene sequencing to produce life changing results. Some patients with rare diseases have been provided with diagnosis for the first time after years of uncertainty and living with their symptoms. We are now able to develop personalised treatment plans so that patients get the right treatments at the right time. This work will transform how the NHS will diagnose, treat and care for patients.”

Delegates at the event were able to hear from the clinicians and scientists involved in the project about their work and the initial results from sequencing patients’ genomes. 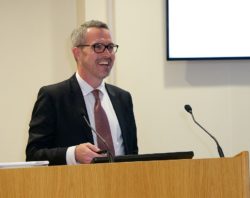 Dr Kevin Monahan, Honorary Senior Clinical Lecturer and Consultant gastroenterologist at West Middlesex University Hospital, outlined his work on diagnosing a patient with Lynch syndrome. This is an inherited condition caused by an alteration in a gene called a mismatch repair gene (MMR), which usually works to prevent cancer by fixing mistakes in DNA. When there is a fault in one of the MMR genes any mistakes in DNA aren’t corrected and this can lead to tumour cells developing. It doesn’t cause any symptoms but can increase the risk of developing bowel, womb and some other cancers by up to 80 per cent.

There could be over 200,000 people in the UK with Lynch syndrome but 95 per cent of people do not know they have it due to a lack of testing. Currently, only people who had a strong family history or those who are diagnosed with bowel cancer under the age of 50 are tested for Lynch syndrome.

Dr Monahan explained that by identifying Lynch syndrome they were able to put the patient on a screening programme every two years to reduce their cancer risk. He also explained that this type of test could also open up new treatment options such as patients with Lynch syndrome taking aspirin, which has been shown to cut cancer risk by 50 per cent.

Dr Monahan now wants to see testing for Lynch syndrome of patients as part of the bowel screening service. If a patient has Lynch syndrome clinicians will be able to identify family members at risk and intervene with treatments. 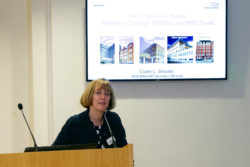 HHT causes bleeding from the nose that can lead to severe anaemia and multiple blood transfusions, while AVMs in the lungs, liver and brain cause preventable strokes, heart failure and death. HHT affects more than 1.4 million people worldwide but it is estimated that 90 per cent of cases are currently undiagnosed. Identifying genes responsible for HHT and how they work, will enable family members to be screened more easily and be given preventative treatments at the right time and in the right way.

March 17, 2022 Higher cigarette taxes reduce child deaths, first global estimates suggest
May 16, 2018 Artificial Intelligence improves stroke and dementia diagnosis in commonest form of brain scan Machine learning has detected one of the commonest causes of dementia and stroke, in the most widely used form of brain scan (CT), more accurately than current methods. New software, created by scientists at Imperial College London and the University of Edinburgh, has been able to identify and measure the severity of small vessel disease, […]
August 29, 2018 Long-term cardiovascular benefits following statins and blood pressure trial